Saw a card effect while he was a kid and was hooked on magic.  The story goes that while in the Navy someone showed him a trick and he badgered the fellow until he told him how to do it.  Moves to Canada and is neighbors with Ron Wilson and Ron Shows him “Oil and Water” and Larry is blown away.  He asks him how he does the trick but Ron says that Larry Will have to figure it out.  Larry said it took him about a month to do so but, he did.  Ron Ends Up Teaching Larry.  Larry moves to L.A. and meets Bruce Cervon and in turn Dai Vernon. 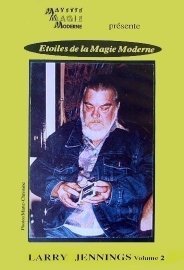